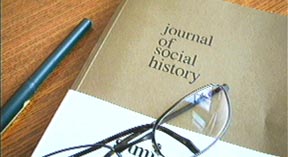 The Fall issue of the Journal of social history has just been released online. Included in this issue is an article by Laura Hirshbein entitled “We Mentally Ill Smoke a Lot”: Identity, Smoking, and Mental Illness in America. The abstract reads: