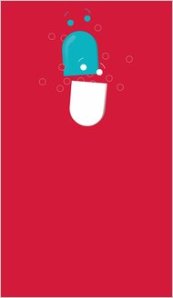 As the previous post and a post from a few weeks ago highlight, criticism of the widespread use of antidepressants and other psychopharmaceuticals – especially in the United States – has appeared to grow in strength recently.  For this Sunday’s New York Times, Peter D. Kramer, the author of the influential book Listening to Prozac (1993), has written an opinion piece making the case for the efficacy of antidepressants.  “In Defense of Antidepressants” argues that critics, such as Marcia Angell, overstate their cases:

In the end, the much heralded overview analyses look to be editorials with numbers attached. The intent, presumably to right the balance between psychotherapy and medication in the treatment of mild depression, may be admirable, but the data bearing on the question is messy.

As for the news media’s uncritical embrace of debunking studies, my guess, based on regular contact with reporters, is that a number of forces are at work. Misdeeds — from hiding study results to paying off doctors — have made Big Pharma an inviting and, frankly, an appropriate target. (It’s a favorite of Dr. Angell’s.) Antidepressants have something like celebrity status; exposing them makes headlines.