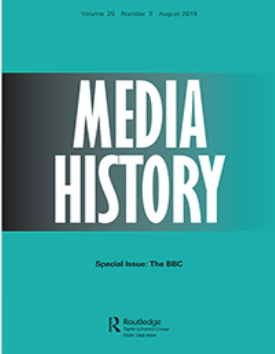 Inside the Journal of Media History there is an article that could of interest “Wounded in Mind Science Service Writer, Marjorie Van de Water, Explains World War II Military Neuropsychiatry to the American Public” by Susan E. Swanberg. The abstract reads: