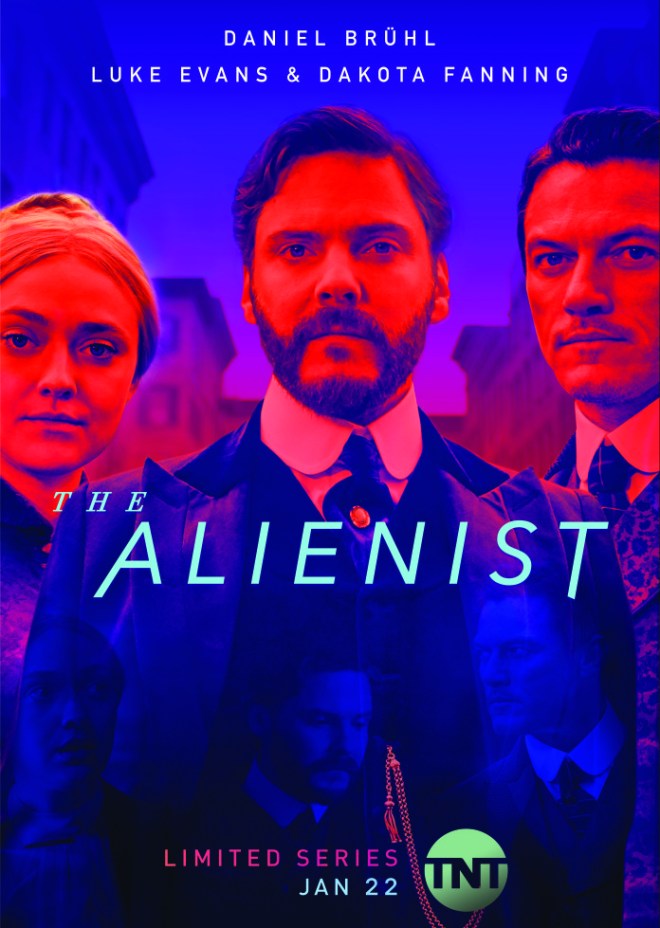 For H-Madness readers who are also interested in the fictional portraying of the history of psychiatry the American costume-drama serie The Alienist might be of interest. The serie is based on a novel by the same name written by Caleb Carr in 1994. The serie will air 22 January 2018 in the USA on TNT Network. The series is described as ‘a psychological thriller set in 1896 about the hunt for a serial killer responsible for the gruesome murders of boy prostitutes that have gripped New York City.’ The newly appointed police commissioner Theodore Roosevelt calls upon criminal psychologist Dr. Laszlo Kreizler, newspaper illustrator John Moore and headstrong secretary Sara Howard to conduct the investigation in secret. A trailer of the serie you can find here.