Skip to content
Posted on November 8, 2010 by andreaskillen Posted in Book reviewsTagged freud 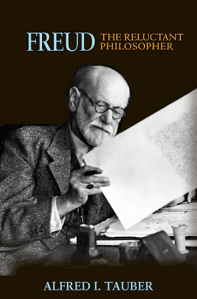 Is psychoanalysis a science? London’s Science Museum appears to think so: last month it opened an exhibition entitled “Psychoanalysis: The Unconscious in Everyday Life.” Some have interpreted the exhibition, nestled comfortably between Tesla’s induction motor and an atomic clock, as a conferral of popular acceptance upon the scientific status of this still-ambiguous profession. Alfred I. Tauber is having none of this. In his new book, Freud, The Reluctant Philosopher, Tauber argues against the scientific validity of psychoanalysis, seeing it rather as a humanistic voyage of self-discovery. Moreover, he claims, by the latter half of Freud’s career – a period heralded by Totem and Taboo (1913) and the metapsychological papers that followed – Freud had himself, albeit reluctantly, come to recognize the fundamentally “speculative” (i.e. philosophical) character of the psychoanalytic endeavour (2). Psychoanalysis cloaks classical myths of self-mastery in the language of modern science, but, on Tauber’s reading, Freud declared this language itself to be little more than a myth. In abandoning positivism for myth and subjectivism, then, Freud had opened the door to a fully humanistic understanding of psychoanalysis.

This is the barest adumbration of Tauber’s dense, ambitious, and hugely impressive new book. Freud, the Reluctant Philosopher takes the form of an imagined dialogue between Freud and a variety of philosophical sources that either did shape the development of psychoanalysis but were left unacknowledged by Freud; or could have influenced its development had Freud not been so resistant to philosophy (Tauber often conflates the two categories, resulting in some unfortunate conceptual muddles). The philosophical breadth of Tauber’s book, as well as the author’s skill in elucidating the salient aspects of such demanding material, is perhaps its greatest virtue. Scholars owe Tauber a debt of gratitude for his impressive coverage of not only the mainstays of post-Kantian thought – Hegel, Schopenhauer, Nietzsche – but also those movements less well-served by today’s literature such as historicism, positivism, and neo-Kantianism. Indeed, if nothing else, his book serves as a comprehensive introduction to the main currents of nineteenth-century German philosophy; happily, however, it is much more than that.

Crucially, Tauber resists the tendency, so common in prior treatments of Freud’s relationship with philosophy, to merely hunt for philosophical precursors to psychoanalysis – finding, for example, the unconscious in Schopenhauer’s concept of Will, or drive theory in Nietzsche’s biologicism. Although he does outline these (potential) antecedents, his analysis goes much further: by situating philosophy and science within a post-Kantian struggle for epistemological dominance, Tauber highlights the tensions and contradictions that shaped the development of psychoanalysis. This approach is especially helpful in trying to make sense of Freud’s ongoing attempt to reconcile a series of apparently mutually exclusive concepts – determinism and freedom; positivism and subjectivism; empiricism and speculation; science and humanism – into a single viable framework. Throughout, the spectre of Kant looms large; indeed, the Sage of Königsberg is the book’s fulcrum.

Chapter 1 details Freud’s “tutelage” (16) under the great Austrian philosopher Franz Brentano. Tauber argues that Freud’s effort to establish a positivistic basis for psychoanalysis was an attempt to meet Brentano’s criteria for a truly scientific psychology. In particular, Freud was haunted – and remained so throughout his career – by Brentano’s rejection of the unconscious. Chapter 2 tells the story of psychoanalysis’ fall, under pressure from Brentano, Wittgenstein, and the logical positivists, from an empirically-verifiable science to a speculative idea based upon an assumption (that the unconscious is a natural object rather than a mere descriptive). By the end of the chapter Freud emerges as a somewhat forlorn figure, taking refuge in psychoanalysis’ sociological success where once he had aimed for science. What Freud saw as defeat, however, Tauber sees as an opportunity for a more productive understanding of Freud as a humanist.

Chapter 3 expands the historical background, focusing on the challenge faced by nineteenth-century German thought as a whole: on what grounds ought we to establish knowledge of the human sciences? Tauber contrasts Freud’s positivism to a number of competing epistemologies, particularly neo-Kantianism. Although the central role neo-Kantians accorded to consciousness was an anathema to Freud, Tauber argues that there was much in their approach that could have benefitted him. Indeed, Tauber concludes by noting – rather startlingly, if plausibly – that Freud might himself be considered a neo-Kantian (115).

It is in chapter 4 that Tauber first explicitly turns to Kant, arguing that although Freud ostensibly rejected the transcendental basis of Kant’s philosophy, his picture of the mind – divided between a somatically-grounded unconscious and a rational conscious existing independently of natural cause – is an essentially Kantian construction. He notes that the “striking character of Freud’s epistemology is the persistence of applying his notion of a Kantian noumenon to the problems of deciphering unconsciousness,” going so far as to term Freud’s “Kantian debt” a “philosophical parapraxis.” (120-1) More important, however, is the common role both figures assign to rationality as the basis for morality.

Having reformulated Freud’s theory from a Kantian perspective, however, Tauber draws back. He notes that in rejecting Kant’s deontological conception of the right in favour of an ethics grounded in biology and culture, Freud more closely resembles Nietzsche. This is the subject of chapter 5, which situates Freud as a philosophical midpoint between Kant and Nietzsche. Although Freud agrees with Nietzsche’s characterization of human beings as biological creatures subject to drives and instincts, they differ in the role they ascribe to those instincts. Where Freud wishes to tame the instincts through the application of autonomous reason, Nietzsche seeks to liberate them from what he takes to be the strictures of that selfsame reason. Tauber concludes by outlining Freud’s “ethical turn,” arguing that here Freud is most indebted to Spinoza.

Despite the book’s many qualities, there are a number of problems to which it is worth drawing attention. To begin with, Husserl is conspicuous by his absence, an especially surprising omission given his post-Brentanean critique of psychology; indeed, one could also draw fruitful parallels between Freud’s attempt to establish psychoanalysis as a legitimate science and Husserl’s similar endeavour on behalf of phenomenology. This points toward the deeper and more troubling concern that Tauber’s claims for the philosophical character of Freud’s thought are exaggerated. To take one example, Tauber notes that Askay and Farquhar’s Apprehending the Inaccessible: Freudian Psychoanalysis and Existential Phenomenology (2006) “complements my own portrayal of Freud as a moral philosopher.” (231-2, fn. 2) But one could draw just the opposite conclusion: the fact that Freud entirely ignored existentialism and phenomenology suggests the limitations of such a characterization. Rather, for a genuinely philosophical psychoanalytic one must turn, as Tauber occasionally does, to Freud’s contemporary Ludwig Binswanger, who marshaled numerous philosophical resources – from Leibniz and Kant to Kierkegaard, Husserl, and Heidegger – in his so-called Daseinsanalyse. This contrast between Freud and Binswanger puts the former’s philosophical commitments into sharp relief.

Finally, no matter what Tauber himself might think of psychoanalysis’ status as a science, it cannot be denied that Freud did conceive of it as such, and for a very significant portion of his career – at least 18 years between 1895-1913 by Tauber’s own estimate. Where this becomes significant is in Tauber’s normative agenda: he is very hard on Freud, ruthlessly subjecting the latter’s epistemology and metaphysics to his “postulated dialogue” (xii) with philosophy. Yet rarely does Tauber postulate Freud’s side of the dialogue: rather than offering responses on Freud’s behalf (which, methodologically-speaking, would be no more or less sound than the critiques he launches in the name of Windelband, Dilthey, Lange et al), he adduces the later Freud’s turn away from positivism as evidence of his acquiescence to the philosophical critiques arrayed against him. Tauber makes this move in order to clear a path for his preferred vision of Freud – humanist, moralist, Enlightened Spinozist – to emerge. This notwithstanding, Tauber has produced an original, arresting and, on the whole, convincing treatment of Freud’s intellectual development, one from which philosophers, psychologists, and historians alike can learn much.

Simon Taylor is a graduate student in the Department of History at Columbia University. He specializes in modern European intellectual history, in particular the history of philosophy and the psy-ences. He is writing his dissertation on the intellectual origins of the existential-phenomenological approach to psychoanalysis.