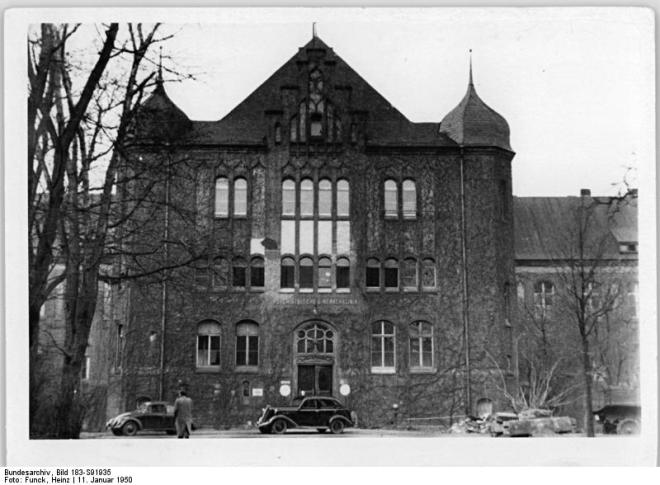 Fanny Le Bonhomme: “Psychiatry and society in the German Democratic Republic. Stories of patients from the Charité Psychiatry and Neurology Clinic (East Berlin, 1960–1968)”

The patients of the Charité Psychiatry and Neurology clinic (East-Berlin, GDR) during the 1960s are at the center of this study. While taking into account the interpretation provided by the medical discourse, this research aims at reconstructing the experiences and the trajectories of these individuals by inscribing them in the context of the socialist society. Relying on patients’ records – these records being the main source of this study – the goal of this research is to reach a better understanding of underlying tensions in the socialist society in relation to the political and ideological context. As these sources show, when they talk to the therapist, patients can speak according to rules which differ from the rules implemented in the socialist society. Because they may contain traces of speeches that would usually be silenced as a result of censorship or self-censorship, or of the unspeakable, shameful or delirious nature of this speech, the patients’ records prove to be a valuable source for the historian. From marital tensions caused by ideological disagreements to the inner conflicts of an “ardent marxist”, from the pain triggered by the exclusion from the party to the pain caused by the construction of the Berlin Wall, from the “reuniting delirium” to the delusions according to which the West appears as a threat, the individual and singular experiences of the patients allow to reconstruct, through a microhistorical approach, certain tensions inherent to the working of the socialist society.

The thesis was defended on 29 January at the University Rennes 2 (France).

Fanny Le Bonhomme is a post-doctoral researcher at the Centre Marc Bloch (Berlin) and at the Centre for Contemporary History Potsdam (Zentrum für zeithistorische Forschung).