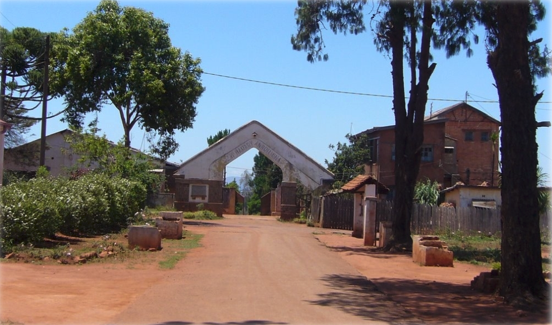 TO LIVE MAD IN THE CENTRAL HIGHLANDS (1912-1975): A SOCIAL AND POLITICAL HISTORY OF MADNESS IN MADAGASCAR

1912 was inaugurated by the French colonizers in Madagascar Anjanamasina, the first hospital institution entirely dedicated to the issue of insanity both on the island and in the French colonial empire. Bearing a constant growth, Anjanamasina accommodates at the eve of Malagasy independence more than five hundred internees. My thesis aims at taking this asylum as a gateway to outline a first history of madness in Madagascar.

Based in particular on the files of the internees of the asylum of Anjanamasina, this research works towards, first of all, to seize the modalities of designation of the madman (adala). Being situated in a real which is not compatible with the social functioning of an era, the society calls it into question. Thus, the madman highlights, from an unprecedented angle, a social context and particular political arrangements. Before being committed, the madman appears to be regularly entrusted to ombiasy (devin-healers) or other institutions (prisons, hospitals …), entering him in fact into a multitude of institutional negotiations that will be to clarify. As well, we want to question the specificity of the asylum model: why does the asylum occurs at this time in the life of the internee and according to which specific modalities? Is it reducible to a “total institution”, only repressive, or is it a real and possible place of care? Beyond these questions, how does the colonial appear in the daily life of madness? Is there a form of a specifically colonial psychiatry? Finally, we will focus on contextualizing the impact of the asylum in a broader experience of colonization and its echoes beyond independence, in order to go over an history of representations. Therefore, we want to understand the appropriation that was made of the institution by the Malagasy society.

Our research thus deals with the daily experience of insanity in a continuum of practices, from coercion to negotiations, resistance to reinvestment, in order to question the idea of a fundamental rupture in practices, where the colonial dichotomy appears to be only a discursive polish. Rather than a purely clinical or administrative history, we make the choice to proceed to an history of the “banal” of madness, within the asylum institution as well as outside it, giving a large place to the actors in their plurality and their subjectivity. We want to understand, who, over sixty years and in this Malagasy context, is designated as crazy, the implications that result from this designation and the routine that emerges from it.

Bio: Raphaël Gallien is currently pursuing a PhD in history of Africa at Paris University, within the Center for social sciences studies on the African, American and Asian worlds (CESSMA). His thesis is entitled To live mad in the Central Highlands (1912-1975). A social and political history of madness in Madagascar. He’s working on a history of madness from the beginning of the 20th century to nowadays in Madagascar, focused on the everyday life of madness, through its social and political issues. Based especially on the files of the asylum internees, his researches aim at taking the asylum as a gateway to explore the life-experiences of the madman and of the people close to him. In this way, this research wants to go over the colonial and postcolonial representations.