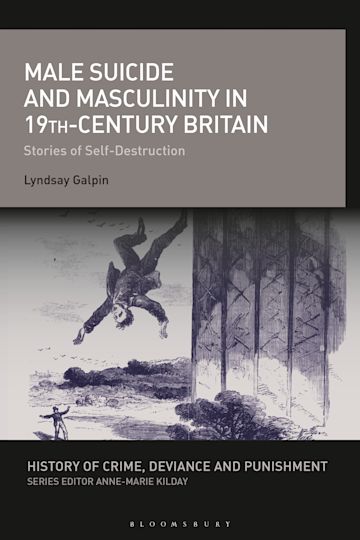 “The book Male Suicide and Masculinity in 19th century Britain: Stories of Self-Destruction written by Lyndsay Galpin (Series : History of Crime, Deviance and Punishment) may be of interest to h-madness readers.

“This book shows how interpretations of suicidal motives were guided by gendered expectations of behaviour, and that these expectations were constructed to create meaning and understanding for family, friends and witnesses. Providing an insight into how people of this era understood suicidal behaviour and motives, it challenges the assertion that suicide was seen as a distinctly feminine act, and that men who took their own lives were feminized as a result. Instead, it shows that masculinity was understood in a more nuanced way than gender binaries allow, and that a man’s masculinity was measured against other men.

Focusing on four common narrative types; the love-suicide, the unemployed suicide, the suicide of the fraudster or speculator, and the suicide of the dishonoured solider, it provides historical context to modern discussions about the crisis of masculinity and rising male suicide rates. It reveals that narratives around male suicides are not so different today as they were then, and that our modern model of masculinity can be traced back to the 19th century”.