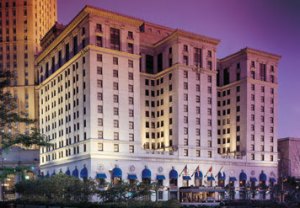 The Annual History of Science Society (HSS) Conference meets in Cleveland, Ohio 3-6 November 2011.  This year, the meeting is co-located with the annual conferences of two other important science and technology studies organizations:  The Society for Social Studies of Science (4S) and the Society for the History of Technology (SHOT).

For those historians of psychiatry and mental health attending, there will be a number of panels that may be of interest.  The editors of H-Madness, for instance, will be discussing new perspectives on the history of madness and mental illness in the modern world.  Other panels will discuss topics covering, among others, emotional disorders in East Asia, the classification of people, globalization, nightmares, and sexuality.

Also noteworthy, co-editor of H-Madness Elizabeth Lunbeck will be giving the annual distinguished lecture before the Forum for the History of Human Sciences on Saturday.  Her talk is entitled “Psychoanalytic Perspectives on Power: Charisma, Fascination, and Narcissism.”

Finally, the editors of H-Madness will be meeting to discuss ways of enhancing and refining the website, in order to make it a more useful and effective resource for scholars and the general public.  We would therefore also welcome hearing from any of you who will be in attendance at the conference.  If you would like to meet with one or more of the editors during the conference, we invite you to contact either Benoit Majerus (email: benoit.majerus@uni.lu) or Greg Eghigian (email: gae2@psu.edu).

Panels Being Held at the Upcoming HSS Conference in Cleveland, Ohio, 3-6 November 2011

New Perspectives in the Modern History of Madness and Psychiatry

2. Whither Narcissism? Types and Traits in the History of the Personality Disorders, Elizabeth Lunbeck, Vanderbilt University

Locating Emotions in the Body: Transnational Perspectives on the Treatment of Emotional Disorders in East Asian Medicine (Session sponsored by FHSAsia, the Forum for the History of Science in Asia)

1. Cosmological, Fragile, and Disembodied: Towards an Historical Epistemology of

2. All Diseases Arise from the Liver: An Historical Epistemology of the Treatment of

3. The Excitations and Suppressions of the Times: Locating Emotional Disorders in the Liver in Modern Chinese Medicine, *Eric Karchmer, University of Westminster

3. The Psychologist and the Bombardier: The Army Air Force Classification Program in WWII, Marcia Holmes, University of Chicago

1. Protection Against Nightmares: Talismans and Ritual Exorcist Techniques in Late

2. ‘Can There Be a Science of Bibliotherapy?’: Reading as Treatment in United States Hospitals, 1935-1940, Monique Dufour, Virginia Polytechnic Institute