Skip to content
Posted on February 14, 2016 by benoitmajerus Posted in Call for papersTagged shell shock, WW1 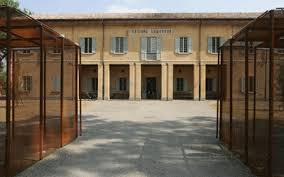 September 2016, exact date to be confirmed
It is well known that First World War represented also a great laboratory, for psychology and psychiatry in particular. The topic of “war neurosis”, the psychological trauma suffered by soldiers deployed at front-line, has already attracted considerable attention and has been explored in historiography. Still, in the occasion of the centenary of the conflict (2014-2018), it seems important to pay further attention to this subject, which offers many important areas which have not been yet fully discussed. We are interested in contributions dedicated in particular to the Italian situation, but also to international comparison.
In particular, presentations on the following issues are sought for:

Scholars of every experience level are invited to submit proposals for papers, sending a Summary in Italian or English (max 500 words), by 31 March 2016. A completed application form (see attached) and Author’s curriculum vitae should by sent by email together with the Summary to the following email address: chiara.bombardieri@ausl.re.it (specifying in subject: Conference: The conflict, the trauma. Psychiatry and First World War).

The Scientific Committee of the Centre for the History of Psychiatry will screen submissions and chosen contributions will be included in the official program of the Conference by May 2016. Conference proceedings will be published.
For info:

2 thoughts on “Call for Papers – The conflict, the trauma. Psychiatry and First World War.”