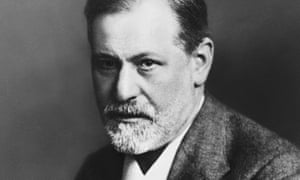 Cold War Freud and Freud: An Intellectual Biography review – the politics of psychoanalysis

A pair of rich, illuminating studies epitomise a new wave of thinking about the Freud wars and the history of analysis

If Freud, as Auden wrote in his 1939 elegy, is “a whole climate of opinion / under whom we conduct our different lives”, then it would be fair to say that the local weather patterns around him shift from temptestuous to clement with uncanny regularity. Geography inevitably plays into the picture.

There are actually only two (relative) constants in the diffusion of Freud’s invention, psychoanalysis, from 1906 on. One is the acceptance of the fact that each of us has an unconscious life: parts of ourselves that are hidden from our own view inform dreams, and shape unwitting remarks and behaviour. The second is the talk and listening technology of two people – the free-associating patient and the analyst engaged in an intimate therapeutic conversation. The rest of the huge and often subtle panoply of Freud’s ideas, developed and revised over a lifetime of practice and writing, has been – and is – up for grabs.

There is a wealth of material to pick over. From Freud’s first book, On Aphasia, published when he was 35, to his last, Moses and Monotheism, written just before his death at 83, there are 23 volumes of the standard edition, not to mention many thick tomes of reflective and revealing letters to his fiancee (then wife), Martha, and to friends andcolleagues, plus proceedings of international psychoanalytic meetings. Followers, interpreters, critics and bashers, reinventors and film-makers, slipper and watch manufacturers, in America, India, China, Europe, Africa and Latin America, can thus dispute, develop or make jokes about everything from the importance of the sex drive or libido to the dynamics of memory and repression; the relations between ego, id and superego; identification; therapeutic practice; cultural liberation and much more, including, of course, Freud’s own integrity – his scientific and medical status.

To read the rest of the article, click here.

One thought on ““Cold War Freud” and “Freud: An Intellectual Biography” reviewed by Lisa Appignanesi (The Guardian)”