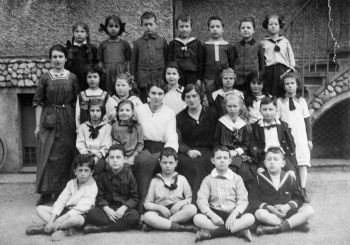 The upcoming exhibition and symposium ‘The Best Possible School’: Anna Freud, Dorothy Tiffany Burlingham and the Hietzing School in 1920s Vienna could be of interest to H-madness readers. Both will be held at the Freud Museum in London. The exhibition can be visited from the 10th of May 2017 until the 16th of July 2017. The Symposium will be held on the 13th of May 2017 with an opening reception on the 12th. The abstract of the exhibition and the symposium you can find below.

To Erik H. Erikson who taught there, it was “the best possible school” and today its true significance, as both the teachers and the students remember it, comes to life in a dynamic new exhibit at the Freud Museum London.

Four historic photographs of Sigmund Freud are on view for the first time, along with original paintings and over 75 vintage pictures from private collections in Europe and America. Notable drawings, manuscripts and autographs make vivid the founders’ vision of the Hietzing School’s origins and sequels, its day-to-day experience and its enduring influence on our understanding of education and the developing mind.

The Freud Museum thanks the Botsiber Institute for Austrian-American Studies, the Zukunftsfond of the Republic of Austria, and the Anna Freud Foundation for their support.

When the first and second generation of analysts founded what Erik Erikson called “the best possible school,” they brought to their project all the modernist creativity of interwar Vienna. This inventiveness comes to life in a day of talks and discussion blending the historical with the personal, and psychoanalytic theory with memoir. The symposium will feature original contributions and an international dialogue.

Michael John Burlingham: Bob’s Diary, December 1931
In December 1931, while in analysis with Anna Freud and a student at the Hietzing School, 16-year old Bob Burlingham recorded his intimate observations of personal and family life under those experimental circumstances.

Florian Houssier: The Hietzing School as the Birthplace of a Psychoanalytic Theory of Adolescence
Hietzing and beyond – a historical and theoretical tracing of adolescent psychoanalysis as a clinical movement that originated where Erikson, Blos, Aichhorn and Anna Freud met. (N.B. Florian Houssier’s paper will be given in French with Englaish translation available)

Michael Molnar: A School for Trick Cyclists?
An aesthetic and documentary exploration of archival photographs taken by and of pupils at the Hietzing School.

Nick Midgley: Laying the Foundation: The Hietzing School in the work of Anna Freud and Dorothy Tiffany Burlingham– a broad exchange of ideas raised by the Symposium audience and speakers.