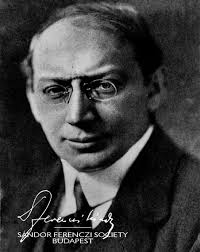 A note recently added on the website of the Freud Museum (London):

The Freud Museum recently received a donation of an important archive of letters, manuscripts, notebooks and photographs related to the life and work of Hungarian psychoanalyst Sándor Ferenczi. The archive, which includes Ferenczi’s clinical diary and a number of unpublished documents, is of great significance to the history of psychoanalysis. It was entrusted to the Museum by Dr Judith Dupont, psychoanalyst and literary representative for Ferenczi’s works. Dr Dupont was born in 1925 in Budapest and comes from a family with strong links to psychoanalysis in Hungary: she is the granddaughter of Vilma Kovács, who trained as a psychoanalyst under Ferenczi, and the niece of Michael and Alice Balint, who were both leading psychoanalysts. She assumed responsibility for Ferenczi’s literary estate at the request of his two daughters, and decided to donate the archive to the Freud Museum so that it could be made accessible to all who wish to view it.

Sándor Ferenczi (1873-1933) was one of the most innovative psychoanalysts of his generation. An early follower of Freud, with whom he also underwent personal analysis, he was instrumental in helping to establish psychoanalysis internationally. He was a key figure in the founding of the International Psychoanalytic Association, and was founder of the Hungarian Psychoanalytic Society – which celebrates its centenary this year – in 1913. He made numerous original contributions to psychoanalytic theory and pioneered new, sometimes controversial techniques that challenged the notion of the analyst as a neutral observer, instead encouraging active and emotive participation in the analytic work. He is remembered today for his compassionate, humanistic approach to therapeutic work.

The Freud Museum is committed to preserving the Ferenczi archive and making it available to all who wish to view it. A project to conserve, catalogue and digitise the material is underway, and selected documents and objects will be showcased once this initial work has been completed. The complete archive, alongside the Museum’s extensive archive of documents related to Sigmund and Anna Freud, will be viewable by appointment.

Sincerity and Freedom in Psychoanalysis (working title): a conference inspired by Sándor Ferenczi’s Clinical Diary
In October the Museum will be holding a conference exploring Ferenczi’s life and work, partly inspired by the documents in the Ferenczi archive. Bookings will be taken from July. If you would like to receive further announcements about this conference please contact Stefan Marianski.

One thought on “Freud museum receives archives of Sándor Ferenczi”