Skip to content
Posted on May 21, 2014 by benoitmajerus Posted in Announcements, Conferences & workshops 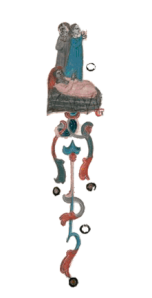 While Plato in the Timaeus (86b1-7) formulates a clear distinction between τὰ περὶ τὸ σώμα νοσήματα and τὰ περὶ ψυχήν, and also explicitly speaks of a μανία ὑπὸ νοσημάτων ἀνθρωπίνων in the Phaedrus (265a9-10) the absence, in medical texts of the fifth- and early fourth-century BCE, of comparable conceptualization of insanity as disease is well known. No clear model of ‘mental’ disease as mental is found in these texts: even though certain signs we would identify as psychiatric (e.g., hallucinations), psychological (e.g., suicidal tendencies, sudden fear) or neurological (e.g., spasms or fits) receive much attention, they are not made explicit as being part of a mental disease. Even phrenitis, melancholic affections, hysterical suffocation and epilepsy in its various forms, which appear to display mental implications clearly and with regularity, and to be the best candidates as ‘mental diseases’ in our texts, are problematic and present several serious objections to being attributed to this category. These diseases or syndromes are not isolated as belonging to a definition of psychiatric disease, on the one hand; on the other, with the important if not paramount role played by bodily aspects in them, they are also no easy match for any current categorization of mental diseases.

Later medical texts, instead, are more explicit in this respect. Diseases recognizable as pathologies we currently relate to as psychiatric or psychological are mentioned under clear labels. On the other hand, at different degrees the philosophical tradition on the care of the self, developed in the meantime (Plato, Aristotle, the Hellenistic schools) contributes to a more comprehensive view of health that explicitly includes spiritual and ethical aspects, and has a normative component.

This evolution towards a conceptualization of the psychological and psychiatric in medicine, noticeable for the first time in the taxonomy of the genera insaniae in section 3.18 of Celsus’ De Medicina, finds different formulation in a variety of nosological texts (Aretaeus’ De causis et signis acutorum morborum and De causis et signis diuturnorum morborum; Anonymus Parisinus; Caelius Aurelianus’ De morbis acutis et chronicis; Rufus’ De Melancholia) as well as in the consideration for the insane as specific patients expressed, for example, by Rufus in his Quaestiones medicinales but also perhaps visible in Galen’s patients’ cases, as well as in his philosophical and ethical take on emotions and mental life, which become at full title part of the field of action of the physician.

In this workshop we want to concentrate just on that period of Greco-Roman medical thought, in which the psychological was well established as legitimate part of the domain of the medical practitioner and thinker (i.e., a consideration for aspects of personality and emotions as elements of the pathological picture), on the one hand; and on the emergence of the psychiatric disease or syndrome in the nosological discussions alongside physiological diseases, on the other. This involves discussion of key methodological problems, and close reading of relevant texts that present questions and obscurities.

In this meeting we shall focus on some of the most relevant examples found in later medical sources from Celsus onwards, also establishing, where appropriate, a dialogue with the earlier (fifth- and fourth- century) medical tradition.

These are some of the central questions/themes that we shall explore:

What makes a disease a psychiatric disease in the given text?

How do psychological states, such as the emotions or the character of the patient, impinge on his bodily health, and how are they determined, in turn, by diseases of the body?

Can we speak of a form of ‘psychological therapy’ being recognised as part of the care for the insane (evident in Celsus, but also notably, in different forms, in Galen’s De propriorum animi cuiuslibet affectuum dignotione et curatione, De Temperamentis and De Indolentia, or in Rufus’ Quaestiones Medicales, and elsewhere)?

The intersections of ethics, medicine, and philosophy: Galen, of course, but also nosological texts (Aretaeus and Caelius Aurelianus, for example) engage with a broader, eudaimonistic and partly normative view of health as they discuss mental diseases. Discussion of relevant examples.

Which psychiatric (e.g., information about sleep, memory, cognition, disturbances of the senses) and psychological (e.g. emotional, communicative and behavioural data) signs are recognised as part of the semiotic and diagnostic of mental diseases?

In addition, in order to offer a frame to the more narrowly focused discussion on individual texts, two sessions will look at sources other than ancient medical texts: first, the evidence offered by documentary sources, to explore as much as possible the ‘real life’ of the mental patient, his or her social interactions and legal status, and various cultural implications. Secondly, the methodological and taxonomic problems implicit when discussing ancient mental diseases using the terminology and conceptual framework of current psychiatric and psychological categories.

Should you have any questions, please do not hesitate to contact the workshop organiser, Dr Chiara Thumiger (chiara.thumiger@hu-berlin.de).

For more information and a detailed program, click here.