Tales from the Asylum

Patient Narratives and the (De)construction of Psychiatry 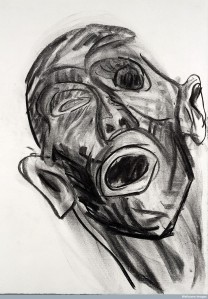 What is the patient’s role in shaping psychiatric practice? Thirty years after Roy Porter’s seminal article exhorting historians to turn to the neglected half of the doctor-patient dyad,[1] the time has come to reexamine the state of psychiatry and its history. Time and again (re)defined through a polyphony of narratives, mental illness has gone through a number of important changes over the past two centuries. Patients have played a significant role in these developments. Yet their stories in many ways remain to be told. At times frustrated, at times empowered, these men and women have used various channels to voice their suffering. How has madness been depicted, experienced, told by its main protagonists? How has its understanding been affected by broader socio-cultural developments, and vice versa? How have these changes come to shape and give rise to new identities? Delving into madness and its many narratives reveals a rich and intricate web of stories.

This special issue aims to provide a fresh and novel look into these psychiatric tales by critically reexamining recent historical and historiographical developments. From “outsider art” to clinical diaries, from popular accounts to autobiographical novels and from heated manifestoes to asylum scribbles—patients have cried out their ills in a variety of forms. These real and imagined stories of mental illness shed light on the complex ways in which psychiatry has been construed, explained and fictionalized since its inception. How have individual experiences influenced the construction of clinical categories? How have patients (and indeed their loved ones) come to play a decisive role in effecting medical and extra-medical changes? In what ways have patients chosen to voice their oppression? How have their demands been met by the legal system? And how have various methods of treatment—from the asylum to Freud to the DSM to the psychopharmacological turn—been accepted or rejected by those protagonists in differing social, cultural and political settings? By focusing on psychiatry’s ever-fluid identity, this issue will investigate the varied ways in which the patients’ voices have guided this discipline’s construction, deconstruction and reconstruction from 1800 to the present.

We welcome papers from both early career and more established scholars dealing with the above topics from historical, historiographical, theoretical and anthropological perspectives. Themes include (but are by no means limited to) accounts of mental illness examined through the following lenses:

Interested prospective authors should send 250-word paper descriptions, along with a tentative title and a short biographical statement, to H-Madness co-editor Alexandra Bacopoulos-Viau at abv233@nyu.edu by 30 June 2014. The full proposal with the selected contributions will be sent to a history of medicine journal shortly thereafter in view of an upcoming special issue.

2 thoughts on “CfP – Tales from the Asylum: Patient Narratives and the (De)construction of Psychiatry”